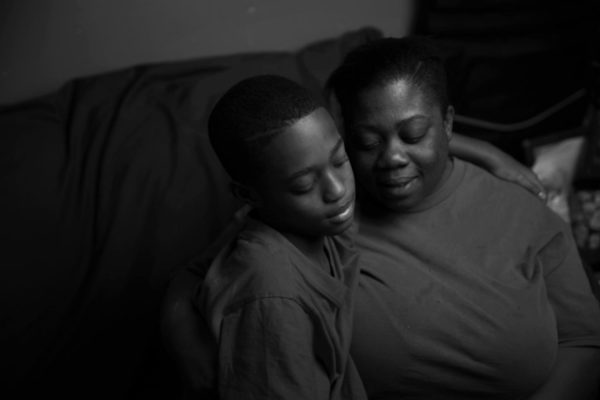 New York Daily News and ProPublica
”For uncovering, primarily through the work of reporter Sarah Ryley, widespread abuse of eviction rules by the police to oust hundreds of people, most of them poor minorities.”

May 2, 2016 – Editorial: Be tough and be fair in NYPD nuisance abatement enforcement

October 12, 2016 – After de Blasio pledges ‘due process,’ NYPD continues to seek closures of homes and businesses without hearings

October 18, 2016 – City Council moves to scale back NYPD’s use of nuisance law to close homes and businesses

Staff of East Bay Times, Oakland, CA
”For relentless coverage of the “Ghost Ship” fire, which killed 36 people at a warehouse party, and for reporting after the tragedy that exposed the city’s failure to take actions that might have prevented it.”

December 3, 2016 – Officials had tried to inspect warehouse but couldn’t get in

December 4, 2016 – Founder defied convention, said to be cavalier about safety

Eric Eyre of Charleston Gazette-Mail, Charleston, WV
”For courageous reporting, performed in the face of powerful opposition, to expose the flood of opioids flowing into depressed West Virginia counties with the highest overdose death rates in the country.”

International Consortium of Investigative Journalists, McClatchy and Miami Herald
”For the Panama Papers, a series of stories using a collaboration of more than 300 reporters on six continents to expose the hidden infrastructure and global scale of offshore tax havens. (Moved by the Board from the International Reporting category, where it was entered.)”

April 4, 2016 – Before he went on lam, Italian fugitive used Miami firms to set up offshore

The Salt Lake Tribune Staff
”For a string of vivid reports revealing the perverse, punitive and cruel treatment given to sexual assault victims at Brigham Young University, one of Utah’s most powerful institutions.”

May 4, 2016 – How outdated Mormon teachings may be aiding and abetting ‘rape culture’

May 18, 2016 – BYU students who reported sex assaults say they faced presumption of guilt

August 15, 2016 – ‘You can’t talk to anybody about it’: BYU Honor Code leaves LGBT victims of sexual assault vulnerable and alone

July 23, 2016 – Four assaults were reported, but no charges were filed

David A. Fahrenthold of The Washington Post
”For persistent reporting that created a model for transparent journalism in political campaign coverage while casting doubt on Donald Trump’s assertions of generosity toward charities.”

March 3, 2016 – Half of money Trump raised for vets reached charities

December 13, 2016 – Hacking the Democrats: How Russia Honed Its Cyberpower and Trained It on an American Election

December 29, 2016 – How the Kremlin Recruited an Army of Specialists for Cyberwar

J. Chivers of The New York Times
”For showing, through an artful accumulation of fact and detail, that a Marine’s postwar descent into violence reflected neither the actions of a simple criminal nor a stereotypical case of PTSD.”

Peggy Noonan of The Wall Street Journal
”For rising to the moment with beautifully rendered columns that connected readers to the shared virtues of Americans during one of the nation’s most divisive political campaigns.”

March 4, 2016 – The Republican Party is Shattering

Hilton Als of The New Yorker
”For bold and original reviews that strove to put stage dramas within a real-world cultural context, particularly the shifting landscape of gender, sexuality and race.”

May 8, 2016 – Legends: Recriminations and regrets in “Long Day’s Journey Into Night.”

Daniel Berehulak, freelance photographer
”For powerful storytelling through images published in The New York Times showing the callous disregard for human life in the Philippines brought about by a government assault on drug dealers and users. (Moved into this category from Feature Photography by the nominating jury.)”

Jason Wambsgans of Chicago Tribune
For a superb portrayal of a 10-year-old boy and his mother striving to put the boy’s life back together after he survived a shooting in Chicago.

FICTION >>> The Underground Railroad, by Colson Whitehead (Doubleday)
”For a smart melding of realism and allegory that combines the violence of slavery and the drama of escape in a myth that speaks to contemporary America.”

DRAMA >>> Sweat, by Lynn Nottage
”For a nuanced yet powerful drama that reminds audiences of the stacked deck still facing workers searching for the American dream.”

HISTORY >>> Blood in the Water: The Attica Prison Uprising of 1971 and Its Legacy, by Heather Ann Thompson (Pantheon)
”For a narrative history that sets high standards for scholarly judgment and tenacity of inquiry in seeking the truth about the 1971 Attica prison riots.”

BIOGRAPHY AND AUTOBIOGRAPHY >>> The Return: Fathers, Sons and the Land in Between, by Hisham Matar (Random House)
”For a first-person elegy for home and father that examines with controlled emotion the past and present of an embattled region.”

POETRY >>> Olio, by Tyehimba Jess (Wave Books)
”For a distinctive work that melds performance art with the deeper art of poetry to explore collective memory and challenge contemporary notions of race and identity.”

GENERAL NONFICTION >>> Evicted: Poverty and Profit in the American City, by Matthew Desmond (Crown)
”For a deeply researched exposé that showed how mass evictions after the 2008 economic crash were less a consequence than a cause of poverty.”

MUSIC >>> Angel’s Bone, by Du Yun
”Premiered on January 6, 2016, at the Prototype Festival, 3LD Arts and Technology Center, New York City, a bold operatic work that integrates vocal and instrumental elements and a wide range of styles into a harrowing allegory for human trafficking in the modern world. Libretto by Royce Vavrek.”

This website uses cookies to improve your experience while you navigate through the website. Out of these, the cookies that are categorized as necessary are stored on your browser as they are essential for the working of basic functionalities of the website. We also use third-party cookies that help us analyze and understand how you use this website. These cookies will be stored in your browser only with your consent. You also have the option to opt-out of these cookies. But opting out of some of these cookies may affect your browsing experience.
Necessary Always Enabled
Necessary cookies are absolutely essential for the website to function properly. This category only includes cookies that ensures basic functionalities and security features of the website. These cookies do not store any personal information.
Non-necessary
Any cookies that may not be particularly necessary for the website to function and is used specifically to collect user personal data via analytics, ads, other embedded contents are termed as non-necessary cookies. It is mandatory to procure user consent prior to running these cookies on your website.
SAVE & ACCEPT